The Great Directors Project - The Beginning

There have been a lot of directors whose work I follow voraciously, (Stanley Kubrick, Martin Scorsese, Billy Wilder, among the many) and those whose work I have been interested in but haven't specifically sought out (Fellini, Truffaut, etc.) and finally, those who I would love to learn more about that number too many to even mention.

When I realized that there were directors whose filmographies I hadn't completed, (most astoundingly, Kubrick's, having not seen Barry Lyndon and Spartacus) I decided that I would make it a project to complete the filmographies of the "great directors".

Though I have a list of directors in mind to start with, I think that the key to this project is going to be exploring new directors, and therefore am hoping that this project becomes an interactive one, with people providing me with suggestions of specific directors, and why they should be under the moniker of "Great Director".

I am doing this project partially in conjunction with a group I started on Facebook titled "Fumpf Film Fanatics", and the first director chosen was Martin Scorsese, from 1990 to the present. Personally, I've seen most of these movies (I'm going to include documentaries but not concert films for any of the directors) so I'm going to take it a step further and work on his pre-1990 films as well. Though with that group we'll be doing a "Director of the Month" type of format, I'm not going to limit myself within a time period for the directors that I decide to study on my own.

Depending on time, interest and resources, I also plan to read books on some of the directors I study and will be sharing that information on this blog as well.

And so it starts, today, March 1, 2010. I really hope this goes well and that I see some great films! Please e-mail me at shelly@thecinemaphile.com or comment on this blog with your film director suggestions!
Posted by The Cinemaphile at 10:04 AM 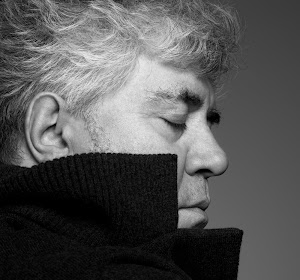